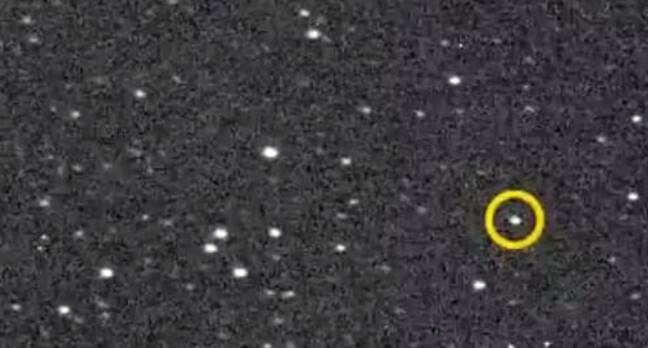 " Visible light from black holes detected for first time
"In fact, the light could be visible to anyone with a moderate-size telescope. "


THAT WAS THE HEADLINE 15 HOURS AGO IN THE GUARDIAN, UK, THAT CAUGHT MY ATTENTION.

The discovery comes a day after astronomers reported two massive blasts of gas coming from a supermassive black hole in the heart of a galaxy 26 million light years away.

Scientists believe that two arcs of x-rays spotted by Nasa’s Chandra X-ray Observatory at the heart of the spiral galaxy, NGC 5195, are the remnants of huge outbursts of gas from the black hole."

Poshak Gandhi, an astronomer at Southampton University, said the black hole looked extremely bright when matter fell in, despite being veiled by interstellar gas and dust. “In the absence of this veil, V404 Cygni would have been one of the most distant objects in the Milky Way visible in dark skies to the unaided eye in June 2015,” he writes in the journal."


AND THEN ALL OVER EVEN MAINSTREAM MEDIA, OUT CAME THE ARTICLES TO DOWNPLAY THE FIND.

I KNEW THERE WAS MORE TO IT WHEN THE USUAL "DON'T WORRY, BE HAPPY" 'REPAIR MEDIA' , POPULAR SCIENCE, JUMPED IN TO MAKE IT ALL SEEM UNIMPORTANT AND "SORT OF NORMAL".

THAT ARTICLE CAME OUT MINUTES AFTER THE UK ARTICLE.

THAT WAS FAST!
GOOD WORK, 'PS'.
NOTHING TO SEE HERE, MOVE ALONG, PLEASE, RIGHT?.

AND THEN, LOOKING INTO IT FURTHER, I FOUND THIS:
"Black Holes Growing Faster Than Expected"
January 16, 2013

For years, scientists had believed that supermassive black holes, located at the centres of galaxies, increased their mass in step with the growth of their host galaxy. However, new observations have revealed a dramatically different behaviour.

"Black holes have been growing much faster than we thought," Professor Alister Graham from Swinburne's Centre for Astrophysics and Supercomputing said.
Within galaxies, there is a competition of sorts for the available gas; for either the formation of new stars or feeding the central black hole.
For more than a decade the leading models and theories have assigned a fixed fraction of the gas to each process, effectively preserving the ratio of black hole mass to galaxy mass.

New research to be published in The Astrophysical Journal reveals that this approach needs to be changed.


"Black holes are effectively gravitational prisons and compactors, and this may have been the fate of many past solar systems," Professor Graham said. "Indeed, such a cosmic dance will contribute at some level to the transformation of nuclear star clusters into massive black holes."

The researchers combined observations from the Hubble Space Telescope, the European Very Large Telescope in Chile and the Keck Telescope in Hawaii to create the largest sample to date of galaxies with reliable star cluster and supermassive black hole mass measurements. "


THERE'S A RATHER ELEMENTARY LITTLE VIDEO ABOUT THAT:


The video has the following links to more info:
http://www.uclan.ac.uk/news/black_holes_growing_faster_than_expected_new_study_shows.php

SO, FROM ONE LONE ARTICLE THAT MOST PEOPLE WOULDN'T EVEN BOTHER TO READ, A TSUNAMI OF ARTICLES CAN NOW BE FOUND "EXPLAINING" HOW THIS IS REMOTELY POSSIBLE.

THREE HOURS AFTER THE GUARDIAN ARTICLE, NBC PICKED UP THE STORY.

"Scientists discovered accreting black holes in the Milky Way more than 40 years ago. Previous research suggested that the accretion disks of black holes can have dramatic effects on galaxies. For instance, streams of plasma known as relativistic jets that spew out from accreting black holes at near the speed of light can travel across an entire galaxy, potentially shaping its evolution.

However, much remains unknown about how accretion works, since matter can behave in very complex ways as it spirals into black holes, said study lead author Mariko Kimura, an astronomer at Kyoto University in Japan, and her colleagues. "

SO, YEAH, THIS IS COOL, THEY'RE SAYING, BUT WE EXPECTED THIS, AND IT REQUIRES MORE STUDY.
NOT SO!
JUST GO LOOK AT THAT AREA OF SKY, AND "PRESTO!", THERE IT IS!

"Astronomers have discovered that black holes CAN be observed through a simple optical telescope when material from surrounding space falls into them and releases violent bursts of light.

The apparent contradiction emerges when a black hole’s gravity pulls in matter from nearby stars, producing light that can be viewed from a modest 20cm telescope.

Japanese researchers detected light waves from V404 Cygni - an active black hole in the constellation of Cygnus, the Swan - when it awoke from a 26-year-long slumber in June 2015."

WHEN WE'VE BEEN TOLD THAT NOTHING ESCAPES A BLACK HOLE, NOT LIGHT, NOT GAS, WELL, YES, THIS IS INDEED "CONTRADICTORY"...AND IT SURE LOOKS LIKE WE CAN "SUDDENLY" SEE THINGS WE COULD NOT SEE BEFORE, MAYBE BECAUSE THE BLACK HOLES ARE "GROWING FASTER THAN EXPECTED"?

THAT'S QUITE A FIND, BUT SO, TOO, IS THE MOST MASSIVE, "UNEXPLAINABLE" BLACK HOLE FOUND TO DATE.

"Almost all galaxies are thought to have a supermassive black hole at their cores that make up at most 0.5% of the galaxy’s total mass.
So the discovery of a galaxy called CID-947 with a black hole that makes up 10% of its mass has left scientists dumbfounded, possibly overturning current theories of how galaxies evolve.

This 11.7-billion-year-old supermassive black hole appears to have grown much faster than its host galaxy. Forming two billion years after the Big Bang, it is among the most massive black holes ever found, with a mass of about seven billion times that of the Sun.

That the galaxy was still forming stars and continuing to grow was surprising, as it challenges theories that radiation emitted by expanding black holes would stunt the creation of new stars.
It may be that the galaxy is a precursor to more massive and extreme galaxies seen in the universe, but its growth would still upend existing theories about galaxy evolution.

According to Space.com, the discovery may support the theory that black holes grew incredibly rapidly in the early universe, as the cosmos was smaller and denser.

The discovery, published in the journal Science, was made using the Hawaii-based Keck Observatory’s new MOSFIRE instrument. It came as somewhat of a surprise though, as the team was performing a "routine" hunt for black holes and had not expected to find anything so exotic."

WE HAVE A BIG BLACK HOLE AT THE CENTER OF OUR OWN MILKY WAY GALAXY.

Scientists Fabio Antonini, of the Canadian Institute for Theoretical Astrophysics, and David Merritt, of the Rochester Institute of Technology, have developed a new theory that explains the orbits of the massive young stars that closely orbit the black hole at the center of the Milky Way.

The discovery of these stars called "S-stars" provided an unprecedented opportunity for studying the black hole at the galactic center itself, but it also raised new questions:
how were massive young stars orbiting in a region too violent for them to have formed there?
They could not have formed where they are observed because of the strong gravity of the supermassive black hole, implying that they had to have migrated from further out.

When theoreticians produced models explaining the migration of the S-stars toward the center the observed orbits didn't match the models.
Why were the orbits observed different from what was predicted?

The black hole in the center of our own galaxy, named Sgr A* (pronounced Sagittarius A-star), is the closest and most extensively studied example. By tracking the orbits of the S-stars over the past several years, astronomers have been able to conclusively show that the object they orbit is indeed a supermassive black hole. "

OFF TO THE SIDE OF THAT ARTICLE ABOVE, I SAW A STRANGE THING...BUT IT MAY WELL APPLY TO ALL THIS DENIAL ABOUT GROWING BLACK HOLES, THE STATUS OF OUR SUN AND MOON, FROM ALL THE "EXPERTS", AND IT STRUCK ME AS HUMOROUS THAT PHYS.ORG POSTED IT.

"WHY TOO MUCH EVIDENCE IS A BAD THING"

In a new paper to be published in The Proceedings of The Royal Society A, a team of researchers, Lachlan J. Gunn, et al., from Australia and France has further investigated an idea, which they call the "paradox of unanimity."

"If many independent witnesses unanimously testify to the identity of a suspect of a crime, we assume they cannot all be wrong," coauthor Derek Abbott, a physicist and electronic engineer at The University of Adelaide, Australia, told Phys.org. "Unanimity is often assumed to be reliable.

However, it turns out that the probability of a large number of people all agreeing is small, so our confidence in unanimity is ill-founded. This 'paradox of unanimity' shows that often we are far less certain than we think."
The mathematical reason for why this happens is found using Bayesian analysis, which can be understood in a simplistic way by looking at a biased coin.
If a biased coin is designed to land on heads 55% of the time, then you would be able to tell after recording enough coin tosses that heads comes up more often than tails.
The results would not indicate that the laws of probability for a binary system have changed, but that this particular system has failed.

In a similar way, getting a large group of unanimous witnesses is so unlikely, according to the laws of probability, that it's more likely that the system is unreliable. "

SHADES OF ORWELLIAN 'DOUBLE-SPEAK', RIGHT?
UP IS DOWN, BLACK IS WHITE, GOOD IS BAD, AND, IF WE BELIEVE THESE GUYS, RIGHT IS WRONG.

" The paradox of unanimity may be counterintuitive, but the researchers explain that it makes sense once we have complete information at our disposal."

I'D RATHER BELIEVE MY OWN EYES THAN "EXPERTS" ANYWAY.
INDEPENDENT THOUGHT TRUMPS "GROUP-THINK"...OR SO IT SEEMS TO ME AFTER ALMOST 70 YEARS OF OBSERVATION AND, UMMM, "TESTING".

RAPIDLY EXPANDING, NOW VISIBLE BLACK HOLES...SHOULDN'T BE THERE, BUT THERE THEY ARE!

To "lighten things up", from the same Youtube account as the video shared above, these "unexplained enigmas".


And, YES, the images of the sun are from SOHO...real.
But that isn't how it looks now.

ALL CAN ACCESS THE WEBSITE THAT KEEPS, MORE OR LESS, AN EYE OR THREE ON THE SUN.
http://www.thesuntoday.org/


"ANATOMY OF A SOLAR EXPLOSION" IS NICE...